From 2006-2008 Angus was Head of Documentaries at Channel 4 in London. Before joining Channel 4, Angus had been making documentaries for twenty years including such work as The Death of Yugoslavia (1995), Gulag (1999), The Last Peasants (2001) and Cocaine (2005). He has won Emmy, Bafta, RTS, Colombia Journalism, Peabody, Grierson, Prix Europa among many other awards.

‘Outstanding explorations of power and also intimate personal dramas: more dramatic than fiction while revealing the universal forces behind.’ The Times,January 2005

‘ Angus Macqueen has “a body of work which stands alongside the photography, say, of Josef Koudelka, the journalism of Neal Ascherson or the fiction of John Berger, in humanising our understanding of the changes that have affected those at the margins.’ Tim Adams, The London Observer, January 2003 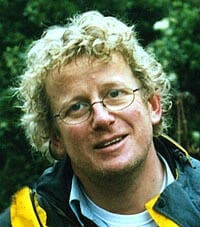