Brian Knappenberger is an award-winning filmmaker known for The Internet’s Own Boy: The Story of Aaron Swartz, We Are Legion: The Story of the Hacktivists, and his work on Bloomberg Game Changers.

The Internet’s Own Boy: The Story of Aaron Swartz was released in June, 2014. Written, directed and produced by Knappenberger, the film is about the life of internet activist Aaron Swartz. The film was on the short list for the 2015 Academy Award for best documentary feature, along with Citizenfour and 13 other films.

Knappenberger also wrote and directed the documentary film We Are Legion (2012). It is about the workings and beliefs of the self-described hacktivist collective Anonymous.

Knappenberger has directed and executive produced numerous other documentaries for the Discovery Channel, Bloomberg, and PBS, including PBS’ Ice Warriors: USA Sled Hockey. He owns and operates Luminant Media, a Los Angeles based production and post-production company. 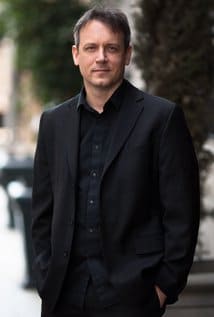