Director and scriptwriter Christophe Hermans was born in Namur in 1982. In 2001, he enrolled at the Institut des Arts de Diffusion in Belgium (Institute of Media Arts). In 2005, Poids Plume, his end of studies film, won several awards and was selected for over twenty festivals throughout the world. In 2007, he and Xavier Seron wrote and directed a short fiction entitled Le Crabe. The film was notably selected for the Premiers Plans Festival in Angers and won several awards, among which figure Best Film Award at the International French-speaking Film Festival in Namur and at the International Short Film Festival in Tehran. In 2008, he directed a full-length documentary, Les Parents, and a second short fiction, La Balançoire. The film was selected for over thirty festivals (Molodist in Kiev, Premiers Plans in Angers, Cinéma Tous Ecrans in Geneva, Amiens, …), received ten or so awards all over the world and was nominated at the first Magritte ceremony of Belgian cinema.

In 2010, he pursued his work with a short documentary, Etrangère, which was selected for many prestigious festivals (Visions du Réel in Nyon, Amiens, Ecrans Documentaires in Arcueil, the Rotterdam Festival, Krakow, …). Christophe has just finished his third short fiction, Fancy-Fair, and two 52-minute documentaries, Les Enfants and Corps Etranger. He is currently writing his first full-length fiction. 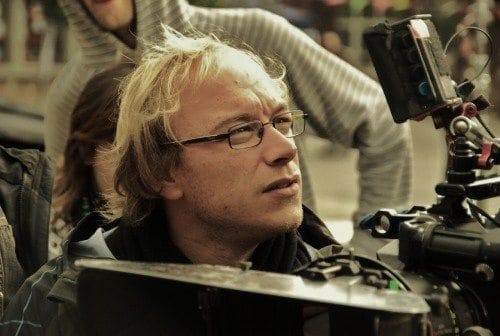