David France is an American investigative reporter, non-fiction author and filmmaker. He is a contributing editor for New York magazine, former Newsweek senior editor and published in magazines such as The New Yorker, The New York Times Magazine and GQ. France, who is gay, is best known for his investigative journalism on LGBT topics.

France is the author of three books, including Our Fathers, a book about the Catholic sexual abuse scandal in the United States. The book was adapted by Showtime for a film by the same name, which received Emmy Award nominations and a Writers Guild of America award. The Confession, which he wrote with former Governor of New Jersey Jim McGreevey, was a New York Times best seller, debuting at #3 in nonfiction hardcover sales and #1 in biography.

A 2007 article France wrote for GQ, Dying to Come Out: The War On Gays in Iraq, won a GLAAD Media Award. He spent a year with the family of a boy who committed suicide and undertook a forensic approach in an article about it for the Ladies’ Home Journal. The piece, entitled “Broken Promises”, which he wrote with Diane Salvatore, won a Mental Health America ‘Excellence in Mental Health Journalism’ award in 2008.

France’s documentary film How to Survive a Plague, about the early years of the AIDS epidemic, was released in 2012.[10] France received The John Schlesinger Award (given to a first time documentary or narrative feature filmmaker) from the Provincetown International Film Festival, the Jacqueline Donnet Emerging Documentary Filmmaker Award from the International Documentary Association, and the New York Film Critics Circle award for Best First Film, the group’s first time to honor a documentary filmmaker. The film was nominated for an Academy Award, a Directors Guild Award, an Independent Spirit Award, and two Emmys, and won a Peabody Award a Gotham Award, and a GLAAD award. 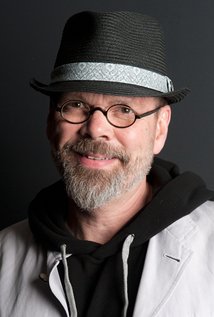