Dror Moreh began his career as a D.O.P and became one of Israel’s leading cinematographers. He shot a number of feature films, including:

Moreh has also worked as a D.O.P for many award-winning documentaries in Israel, including One Shot, Asesino, and Underdog: A War Movie. During that time, he also directed several projects.

Moreh began working as fulltime director several years ago. His projects include: 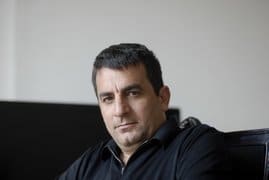