Jeff Orlowski served as director, producer, and cinematographer on the Sundance Award-Winning film, Chasing Ice. Orlowski’s feature length documentary was invited to screen at the White House, the United Nations and the United States Congress and has captured over 40 awards from film festivals around the world. It went on to receive an Academy Award nomination for Best Original Song, and has screened on all seven continents.

As founder of Exposure Labs, a production company geared toward socially relevant filmmaking, Orlowski, has served as director and producer of short film projects and online/broadcast commercial work. He has worked with Apple, National Geographic, Netflix, Stanford University, and the Jane Goodall Institute among many others. His work has aired on the National Geographic Channel, CNN and NBC and has been featured in The New York Times, The Wall Street Journal, Time Magazine, NPR and Popular Mechanics. He has traveled on tour representing the Sundance Institute, President Obama’s Committee for the Arts and Humanities, and the National Endowment of the Arts.  Orlowski most recently produced the award-winning film Frame by Frameand earlier this year received the inaugural Sundance Institute | Discovery Impact Fellowship for environmental filmmaking. He lives in Boulder, Colorado. 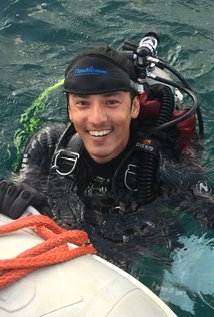