Director Jeffrey Brown is an Academy, Emmy and Peabody Award winner. SOLD is his directorial feature film debut. Jeffrey went to NYU film school and was awarded an AFI fellowship to intern with Peter Weir on “Dead Poets Society.” Jeffrey has directed many TV shows: LA Law, The Wonder Years amongst numerous others. Jeffrey co-wrote “Pontiac Moon” with Ted Danson and Mary Steenburgen and “Dream with the Fishes” with David Arquette and Katie Erbie. Now, with SOLD, he wants to make a difference in the lives of the many survivors he met while doing research in India and Nepal. 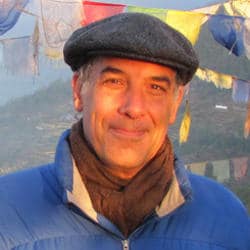