Julia Bacha is an award-winning filmmaker who has worked on films exhibited at the Sundance, Tribeca, Berlin, Jerusalem, and Dubai International Film Festivals, and broadcast on the BBC, HBO, Sundance, CBC and Al Arabiya television channels. Julia wrote and co-directed the feature documentary Encounter Point (Typecast Films, 2006). Encounter Point premiered at Tribeca Film Festival in 2006 and won five major international awards, including the Audience Award for Best Documentary at the San Francisco Film Festival. Julia also co-wrote and edited Jehane Noujaim’s critically acclaimed documentary, Control Room (Magnolia Pictures, 2004), which premiered at the Sundance Film Festival and for which she was nominated to the Writer’s Guild of America Award in 2005. Julia is a Senior Producer and Media Director at Just Vision. She studied Middle Eastern history and politics at Columbia University and upon graduation received the prestigious Phi Beta Kappa award. 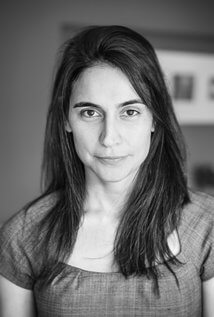