Margaret Brown earned her BA from Brown University in creative writing/modern culture and media and her MFA in Film from New York University. She directed Be Here To Love Me: A Film About Townes Van Zandt (2004) which chronicles the turbulent life of American singer-songwriter Townes Van Zandt. Time Out magazine listed it at number 7 on its “50 Greatest Music Films Ever”.

Brown also directed the feature documentary The Order of Myths a 2008 Sundance Film Festival selection about the segregated Mardi Gras celebration of Mobile, Alabama. The film was nominated for Independent Spirit Award. It won many awards including a Peabody Award, a Cinematic Vision Award at the Silverdocs Documentary Festival and Truer Than Fiction Award at the Independent Spirit Awards.

In 2009, Brown was nominated a Cultural Ambassador for Documentary Filmmaking from the United States to Colombia, Kazakhstan and Kyrgyzstan. 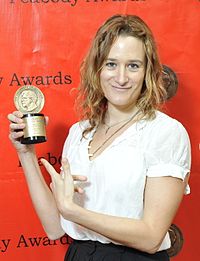