Mariam Abu Khaled started acting when she was 15 and came to the Freedom Theatre at the age of 18 to study under Juliano Mer Khamis. Her past productions include Fragments of Palestine, Alice in Wonderland, Waiting for Godot, and Miss Julie. She has performed around Palestine, Europe, and the US, most recently performing in an Arabic adaptation of Brecht’s Senora Carrar’s Rifles in Ramallah and Jenin. Art/Violence is Mariam’s first documentary project. 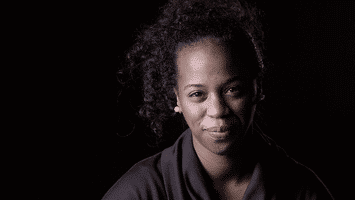