For the last thirty years, Photographer/Director Moshe Alpert has been filming wildlife in Israel.  In 1983, he created a production company in his kibbutz, Afikim, in order to bring the fascinating and unique stories to the screen, to audiences both home and abroad.  The films were highly acclaimed abroad, some even winning awards at prominent wildlife film festivals.

Israel is well known for the turmoil within and beyond her borders.  Afikim Productions, in contrast, casts light on her lesser-known special character of bountiful natural habitats, both distinctive and rare in beauty. 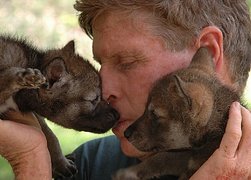