An award-winning producer/director for film and television, Nimisha Mukerji’s work has been featured on National Geographic, VICE and OWN. Her debut feature 65_RedRoses was commissioned by the CBC and was one of the first official selections by Oprah Winfrey for her Documentary Club. It went on to be acquired by Netflix and Hulu. Mukerji’s second feature, Blood Relative, was produced for Knowledge Network and screened in competition at Hot Docs ’13 before receiving multiple Canadian Screen Award nominations (Canada’s version of the Emmy’s) including Best Direction in a Documentary Program.

Her short narrative works include In The Deep (Crazy 8s ’13, CBC), The Arrival Hour (TIFF Audience Award – Emerging Filmmakers Competition ’12), and Beauty Mark (Official Selection Telefilm Canada’s Not Short on Talent Program Cannes ’13), which she co-wrote and produced. She was awarded a BravoFactual grant in 2015 for her short film We Were Hunters slated for release in 2017, and was also commissioned by Johnson & Johnson (Janssen) Canada to produce the short film Invisible Man as part of their award-winning digital platform RealLifeStories.ca. In 2016 the Toronto International Film Festival in partnership with Instagram launched TIFFXInstagram showcasing Mukerji’s short Awake & Dreaming as one of their top 30 (out of over a thousand submissions). Mukerji has been an episodic director for the VICE series PAYDAY and the scripted Amazon series Dino Dana produced by Sinking Ship Entertainment. Her latest feature, Tempest Storm, was commissioned by Super Channel, ARTE and SWR for distribution by Mongrel Media across Canada.

Mukerji is an alumnus of TIFF’s Talent Lab and an elected board member of DOC National and POV Magazine. She was the recipient of the 2016 Women in View 2XMore Sinking Ship Program and the 2015 Director’s Guild of Canada’s Mentorship Award. 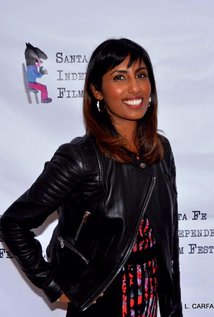