was born in Santa Monica, USA, in 1936, Robert Redford is an actor, film director, producer, and environmentalist. In 1981, he received an Oscar® for his directorial film debut Ordinary People, and in 2001 received an honorary Oscar® for his Sundance Film Institute work. His Sundance Institute and Film Festival nurtures innovative voices in independent film. His most recent screen performance was in J.C. Chandor’s survival epic All Is Lost. 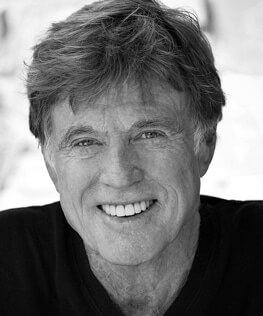