Sanjay Rawal’s 2014 film Food Chains premiered at the Berlin Film Festival in its Culinary Cinema Programme and had its US premiere at the Tribeca Film Festival. The film earned Rawal the 2015 James Beard Foundation Award for Special/Documentary.

He was raised in northern California, where his father is a tomato breeder, and so Rawal was introduced to the agricultural industry at a young age. He began Food Chains in 2011, after witnessing the inequality in the fields of Florida. In March 2016, Rawal was thanked by the Bernie Sanders campaign for the licensing of related video footage used in the Sanders’ advertisement titled “Tenemos Familias.”

Prior to becoming a filmmaker, Rawal was deeply involved with international development and ran projects in over 40 nations. He worked on projects with celebrities like Wyclef Jean and Donna Karan. Rawal was also engaged in activism regarding peace, security, and women’s issues—serving on the first men’s committee for V-Day.

Much of his work has been inspired by his spiritual teacher Sri Chinmoy and he has edited and published books by this leader—including America the Beautiful (2010). 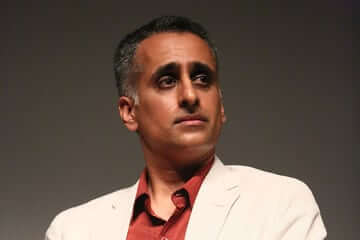