Yarom has been working as an independent documentary filmmaker since 2000. Before that he was the Chief producer and Creative Director  at TelAd, Channel 2. His production credits include: “The Accused Died Long Ago”, public trials of historical figures; “Holocaust”, a documentary film; “Tochen Hainyanim”, a weekly magazine about books.

During the 1980s, Yarom worked as both the Executive Producer of the Irsael Festival and as Managing Director of “Koteret Rashit”a weekly magazine. In addition he was  Production Manager at Rimon Communication where he worked “In the Footsteps of Jesus” documentary series for Lutheran Television, USA. 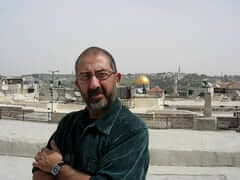