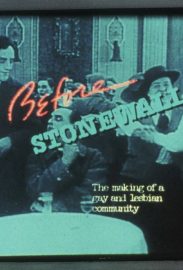 Before Stonewall - Login To Watch
To start watching, please select your school and use your professor or student login

Back
Book a Screening
Thank you for your interest in holding a screening of Before Stonewall.
Please let us know a couple of key details, and we will be in touch with you ASAP to book in a screening.


Your IP is: 3.228.220.31
Please contact support@filmplatform.net with the name of your insitution and a screenshot of this page so that we can help get you streaming ASAP.

Request From My library
More information
Thank you for your interest in Before Stonewall.
Please let us know a couple of key details, and we will be in touch with you ASAP.

In 1969 the police raided the Stonewall Inn, a gay bar in New York City’s Greenwich Village, leading to three nights of rioting by the city’s gay community. With this outpouring of courage and unity the Gay Liberation Movement had begun. BEFORE STONEWALL pries open the closet door, setting free the dramatic story of the sometimes horrifying public and private existences experienced by gay and lesbian Americans since the 1920s. Experience the fascinating and unforgettable, decade-by-decade history of homosexuality in America through eye-opening historical footage and amazing interviews with those who lived through an often brutal closeted history. 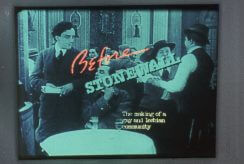 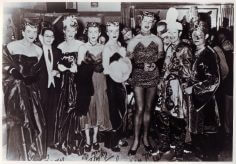