Eye of the Day - Purchase Now 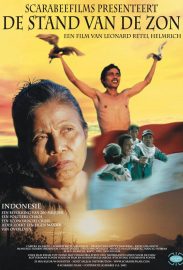 Eye of the Day - Login To Watch
To start watching, please select your school and use your professor or student login

Back
Book a Screening
Thank you for your interest in holding a screening of Eye of the Day.
Please let us know a couple of key details, and we will be in touch with you ASAP to book in a screening.

Eye of the Day

Request From My library
More information
Thank you for your interest in Eye of the Day.
Please let us know a couple of key details, and we will be in touch with you ASAP.

Eye of the Day

Indonesia, 1988. A deep political and economic crisis forces President Suharto to resign after thirty-two years in power. Thus begins the tumultuous era known as REFORMASI. Since then, Indonesians have seen ongoing political change, protests and poverty. EYE OF THE DAY tells of a handful of them, including the sixty-year-old-woman Rumidjah, her sons Bakti and Dwi, and her friend Ibu Sum. The film depicts their world, from harvests in the countryside to mass protests in the cities, from mysterious natural forces of the volcanoes and mountains to religious seances and pilgrimages. 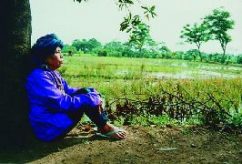 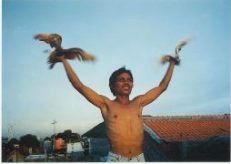