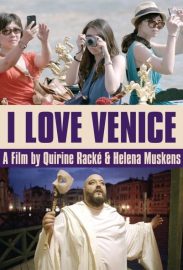 I Love Venice - Login To Watch
To start watching, please select your school and use your professor or student login

Back
Book a Screening
Thank you for your interest in holding a screening of I Love Venice.
Please let us know a couple of key details, and we will be in touch with you ASAP to book in a screening.

Request From My library
More information
Thank you for your interest in I Love Venice.
Please let us know a couple of key details, and we will be in touch with you ASAP.

Venice attracts 30 million tourists each year and this number is even expected to rise as massive tourism is predicted in the next years from China and India. Everybody wants to see this city of dreams, a fairytale space built on water. As Venice becomes the first city to become a theme park, its inhabitants are fleeing the town. Venice is too expensive to live in, stores predominantly cater to tourists, property is sold to rich foreigners and rents continue to skyrocket. Demographers predict that by 2030 there will not be a single full-time Venetian resident left. 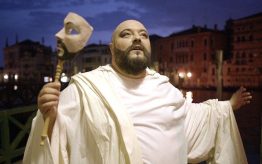 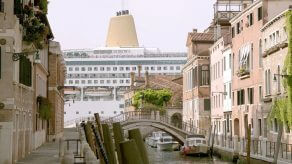