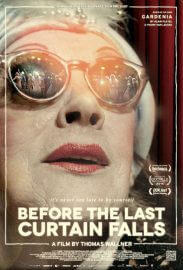 Before the Last Curtain Falls - Login To Watch
To start watching, please select your school and use your professor or student login

Back
Book a Screening
Thank you for your interest in holding a screening of Before the Last Curtain Falls.
Please let us know a couple of key details, and we will be in touch with you ASAP to book in a screening.

Before the Last Curtain Falls

Request From My library
More information
Thank you for your interest in Before the Last Curtain Falls.
Please let us know a couple of key details, and we will be in touch with you ASAP.

Before the Last Curtain Falls

Belgian choreographer Alain Platel asked a number of older drag queens and trans cabaret artists to perform onstage one last time in his piece Gardenia, which became a global success. The film intercuts shots from Gardenia with interviews in which these performers talk about the choices they made, going against the grain of conventions in order to become themselves. The contrast between their outrageous performances and their vulnerability offers unsettling but multifaceted insight into these remarkable individuals.