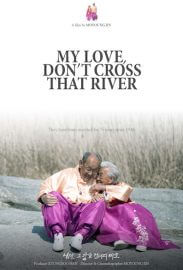 My Love Don’t Cross that River - Login To Watch
To start watching, please select your school and use your professor or student login

Back
Book a Screening
Thank you for your interest in holding a screening of My Love Don’t Cross that River.
Please let us know a couple of key details, and we will be in touch with you ASAP to book in a screening.

My Love Don’t Cross that River

Request From My library
More information
Thank you for your interest in My Love Don’t Cross that River.
Please let us know a couple of key details, and we will be in touch with you ASAP.

My Love Don’t Cross that River

Perhaps one of the most romantic documentaries ever made. Beautifully shot in a breathtaking mountain village in South Korea, the film follows a husband and wife known as the “100-year-old lovebirds.” Joyful, playful and so visibly in love, they have lived a fairy-tale romance through their 76 years of marriage. But when the husband falls ill, the thought of his death becomes almost unbearable for the wife. With gorgeous cinematography, exquisite storytelling and a compassionate approach to his subjects, it is no wonder that the film broke box office records in its native South Korea. 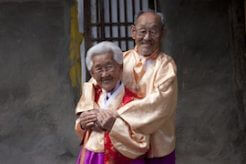 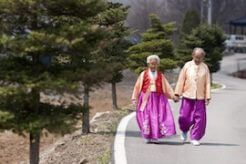 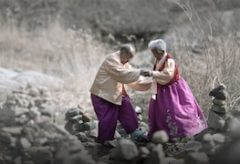 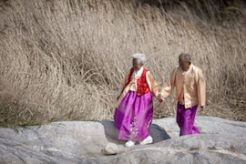