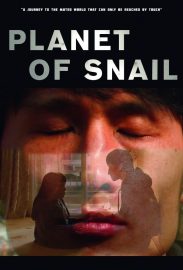 Planet of Snail - Login To Watch
To start watching, please select your school and use your professor or student login

Back
Book a Screening
Thank you for your interest in holding a screening of Planet of Snail.
Please let us know a couple of key details, and we will be in touch with you ASAP to book in a screening.

Request From My library
More information
Thank you for your interest in Planet of Snail.
Please let us know a couple of key details, and we will be in touch with you ASAP.

Young-Chan lost his vision and hearing from a serious fever when very young. He often describes himself as a ‘snail’ since he has to rely only on his tactile senses, just as slowly as a snail, to communicate with others. Being unable to speak other’s language, he once believed he had been singled out from the world.
But his life changes dramatically when he meets and marries Soon-Ho, who is also disabled. The once lonely snail goes sleighing, swimming and writes essays, poems and even a script for a play, translating every experience into his unique words. 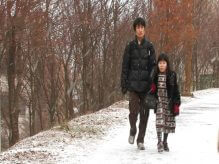 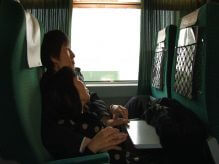 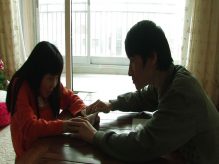 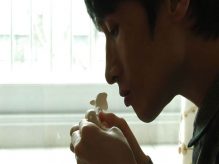 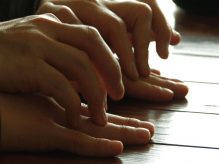 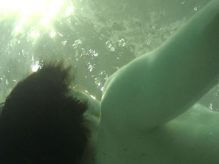