Winnie - Login To Watch
To start watching, please select your school and use your professor or student login

Back
Book a Screening
Thank you for your interest in holding a screening of Winnie.
Please let us know a couple of key details, and we will be in touch with you ASAP to book in a screening.

Request From My library
More information
Thank you for your interest in Winnie.
Please let us know a couple of key details, and we will be in touch with you ASAP.

Winnie Madikizela Mandela is one of the most misunderstood and intriguingly powerful contemporary female political figures. Her rise and seeming fall from grace, bears the hallmarks of epic tragedy. For the first time, this film pieces together and properly considers her life and contribution to the struggle to bring down Apartheid from the inside, with intimate insight from those who were closest to her and with testimony from the enemies who sought to extinguish her radical capacity to shake up the order of things. 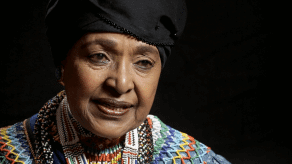 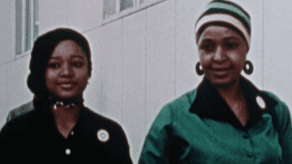