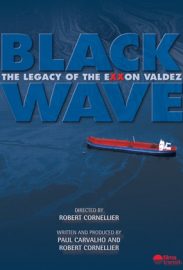 Black Wave - Login To Watch
To start watching, please select your school and use your professor or student login

Back
Book a Screening
Thank you for your interest in holding a screening of Black Wave.
Please let us know a couple of key details, and we will be in touch with you ASAP to book in a screening.

Request From My library
More information
Thank you for your interest in Black Wave.
Please let us know a couple of key details, and we will be in touch with you ASAP.

In the early hours of March 24th 1989 the Exxon Valdez oil supertanker runs aground in Alaska. It discharges millions of gallons of crude oil. The incident becomes the biggest environmental catastrophe in North American history. For twenty years, Riki Ott and the fishermen of the little town of Cordova, Alaska have waged the longest legal battle in U.S. history against the world’s most powerful oil company – ExxonMobil. They tell us all about the environmental, social and economic consequences of the black wave that changed their lives forever. This is the legacy of the Exxon Valdez. 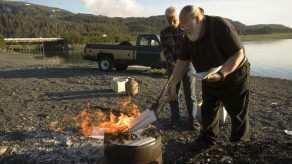 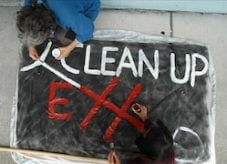 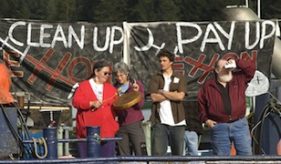