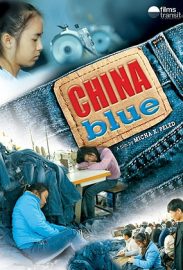 China Blue - Login To Watch
To start watching, please select your school and use your professor or student login

Back
Book a Screening
Thank you for your interest in holding a screening of China Blue.
Please let us know a couple of key details, and we will be in touch with you ASAP to book in a screening.


Your IP is: 34.237.124.210
Please contact support@filmplatform.net with the name of your insitution and a screenshot of this page so that we can help get you streaming ASAP.

Request From My library
More information
Thank you for your interest in China Blue.
Please let us know a couple of key details, and we will be in touch with you ASAP.

China Blue takes us inside a blue-jeans factory, where two teenage girls, Jasmine and Orchid, are trying to survive the harsh working environment. Their lives intersect that of the film’s other protagonist and factory owner, Mr. Lam. Providing perspectives from both the top and bottom levels of the factory’s hierarchy, this film brings complex issues of globalization to the human level. Like millions before her, Jasmine leaves her home village for a far-away factory job. Her initial excitement to be able to help her family quickly melts away as she is overwhelmed by the long work hours and the delays in pay. 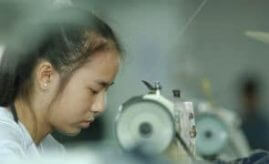 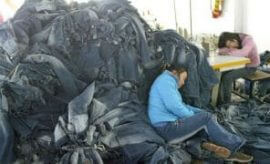 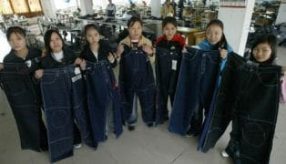 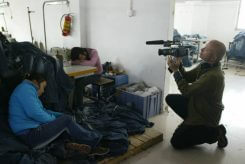