Illustrious & Unknown: The Man Who Saved the Louvre
Reset password

Illustrious & Unknown: The Man Who Saved the Louvre - Purchase Now 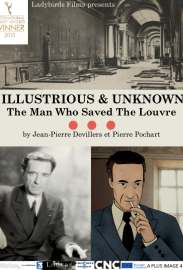 Illustrious & Unknown: The Man Who Saved the Louvre - Login To Watch
To start watching, please select your school and use your professor or student login

Back
Book a Screening
Thank you for your interest in holding a screening of Illustrious & Unknown: The Man Who Saved the Louvre.
Please let us know a couple of key details, and we will be in touch with you ASAP to book in a screening.

Illustrious & Unknown: The Man Who Saved the Louvre

Request From My library
More information
Thank you for your interest in Illustrious & Unknown: The Man Who Saved the Louvre.
Please let us know a couple of key details, and we will be in touch with you ASAP.

Illustrious & Unknown: The Man Who Saved the Louvre

At the dawn of World War II, a group of resistance and arts lovers organizes an incredible exfiltration of masterpieces of the Louvre Museum in order to save it off the Nazis’ hands. The man leading the operation is Jacques Jaujard, the Louvre Museum’s director. Jaujard is a man who made a mark in his time by his extraordinary personality, love and passion for the arts. Although he was a high officer and devoted servant to the State, he put his knowledge of the system, strategic and incredible audacity to serve a universal cause: to save the national heritage. 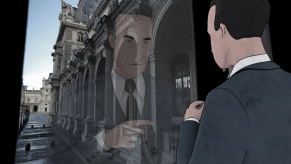 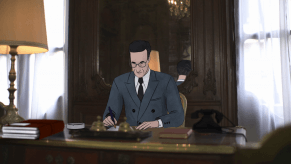