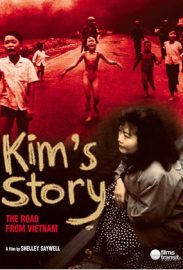 Kim’s Story - Login To Watch
To start watching, please select your school and use your professor or student login

Back
Book a Screening
Thank you for your interest in holding a screening of Kim’s Story.
Please let us know a couple of key details, and we will be in touch with you ASAP to book in a screening.


Your IP is: 3.92.74.105
Please contact support@filmplatform.net with the name of your insitution and a screenshot of this page so that we can help get you streaming ASAP.

Request From My library
More information
Thank you for your interest in Kim’s Story.
Please let us know a couple of key details, and we will be in touch with you ASAP.

The picture that moved millions all over the world to tears, and that played a major role in the success of the anti-Vietnam War movement, ultimately made Kim Phuc a symbolic figure who was used for many years by the Vietnamese Government.
In telling Kim’s story, Shelley Saywell makes poignant use of news footage of that time, when the dreadfully wounded little girl ran to journalists at the scene for help. She also speaks to the doctors who 25 years ago ensured Kim’s survival, and looks at the personal story which followed this poignant snapshot in time. 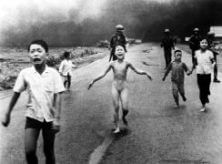 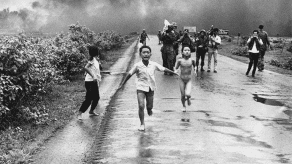