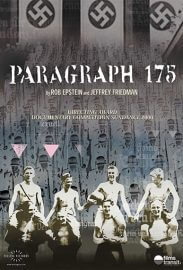 Paragraph 175 - Login To Watch
To start watching, please select your school and use your professor or student login

Back
Book a Screening
Thank you for your interest in holding a screening of Paragraph 175.
Please let us know a couple of key details, and we will be in touch with you ASAP to book in a screening.

Request From My library
More information
Thank you for your interest in Paragraph 175.
Please let us know a couple of key details, and we will be in touch with you ASAP.

Weimar Germany was a homosexual Eden in the 1920s: gay and lesbian nightclubs and magazines flourished, the first gay-rights movement was born... and then the Nazis came to power. The persecution of homosexuals at the hands of the Nazis is relatively undiscussed. Homosexual victims of the Holocaust were one of the last groups to come forward with their stories. Using both intimate personal portrayals and a sweeping narrative, PARAGRAPH 175 features elderly homosexual men who vividly describe their experiences during the Nazi era and reveal the long-term consequences of this hidden chapter of history. 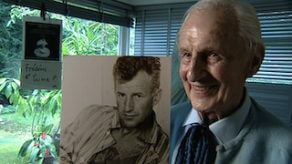 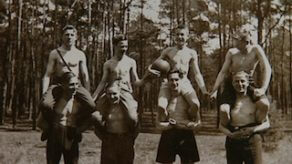