A Promise to the Dead - Purchase Now 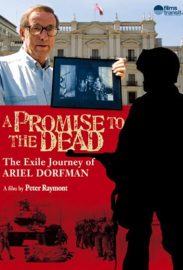 A Promise to the Dead - Login To Watch
To start watching, please select your school and use your professor or student login

Back
Book a Screening
Thank you for your interest in holding a screening of A Promise to the Dead.
Please let us know a couple of key details, and we will be in touch with you ASAP to book in a screening.

A Promise to the Dead

Request From My library
More information
Thank you for your interest in A Promise to the Dead.
Please let us know a couple of key details, and we will be in touch with you ASAP.

A Promise to the Dead

A Promise to the Dead: The Exile Journey of Ariel Dorfman is an exploration of exile, memory, longing and democracy as seen through the experiences of the world-renowned writer, Ariel Dorfman.
Dorfman became Cultural Advisor to the Chief of Staff of Chile’s socialist president Salvador Allende. He was among a handful of Allende’s inner circle to survive. Years later, he was told that his life was spared because “someone had to live to tell the story”. 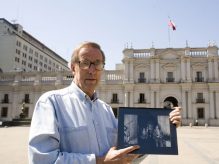 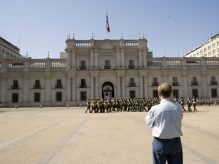