Those Who Jump - Purchase Now 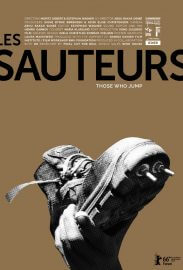 Those Who Jump - Login To Watch
To start watching, please select your school and use your professor or student login

Back
Book a Screening
Thank you for your interest in holding a screening of Those Who Jump.
Please let us know a couple of key details, and we will be in touch with you ASAP to book in a screening.

Request From My library
More information
Thank you for your interest in Those Who Jump.
Please let us know a couple of key details, and we will be in touch with you ASAP.

"Those who jump", ultimately a film about making a film, is Abou's portrayal of the human struggle for dignity and freedom on one of the world's most militarized frontiers. In northern Morocco, lies the Spanish enclave of Melilla: Europe on African land. On the mountain above, live over a thousand hopeful African migrants, watching the fence separating Morocco and Spain. Abou from Mali is one of them. For over a year, he has ceaselessly attempted to jump the fence. Through the lens, Abou gradually finds expression and meaning in his situation. "When filming, I feel that I exist".