Which Way Home - Login To Watch
To start watching, please select your school and use your professor or student login

Back
Book a Screening
Thank you for your interest in holding a screening of Which Way Home.
Please let us know a couple of key details, and we will be in touch with you ASAP to book in a screening.


Your IP is: 34.234.207.100
Please contact support@filmplatform.net with the name of your insitution and a screenshot of this page so that we can help get you streaming ASAP.

Request From My library
More information
Thank you for your interest in Which Way Home.
Please let us know a couple of key details, and we will be in touch with you ASAP.

Academy Award Nominee for Best Documentary. As the United States continues to build a wall between itself and Mexico, Which Way Home shows the personal side of immigration through the eyes of children who face harrowing dangers with enormous courage and resourcefulness as they endeavor to make it to the United States.
The film follows several unaccompanied child migrants as they journey through Mexico en route to the U.S. on a freight train they call “ The Beast ”. These are stories of hope and courage, disappointment and sorrow. They are the ones you never hear about – the invisible ones. 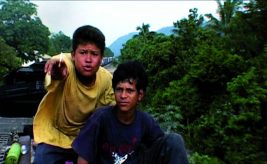 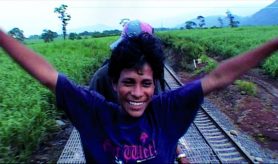