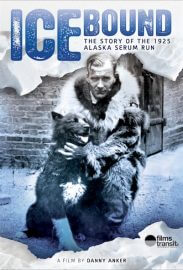 Icebound - Login To Watch
To start watching, please select your school and use your professor or student login

Back
Book a Screening
Thank you for your interest in holding a screening of Icebound.
Please let us know a couple of key details, and we will be in touch with you ASAP to book in a screening.

Request From My library
More information
Thank you for your interest in Icebound.
Please let us know a couple of key details, and we will be in touch with you ASAP.

In 1925, diphtheria broke out in Nome, Alaska. With aviation still in its infancy, and one of the harshest winters on record in interior Alaska, only ancient means – dogsled – could save the town. In temperatures as low as minus 60, more than twenty men, and at least 150 dogs, set out via dogsled to relay the antitoxin across 674 miles of Alaskan wilderness to save the town from the lethal epidemic. A riveting journey back in time, an ageless adventure that has captured the imagination of children and adults (BALTO!) throughout the world for almost a century. 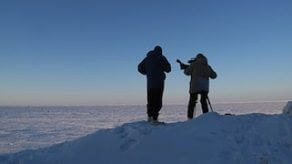 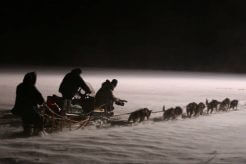